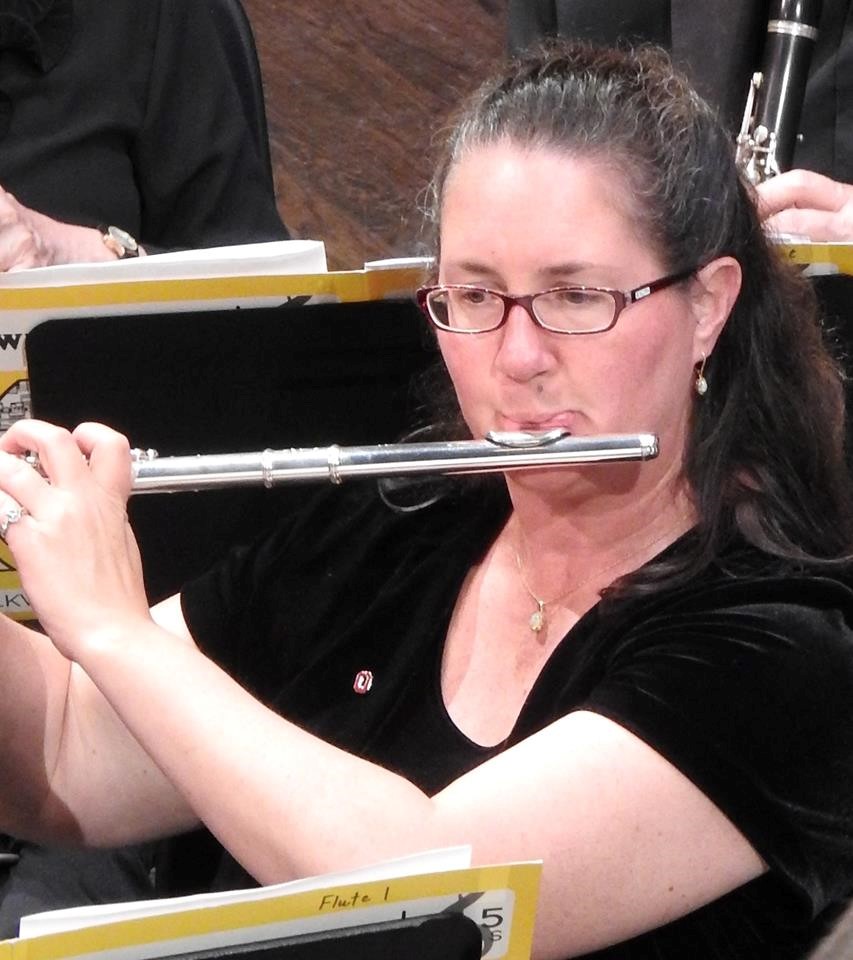 Tina Christie teaches flute lessons to ignite interest and appreciation for music in each student. Her students grow musically and gain maturity by performing solo and ensemble music at local assisted living homes.

Tina performs regularly with the Virginia Grand Military Band (Sudler Silver Scroll Recipient, 2000), with whom she recorded on numerous live concerts, as well as the soundtrack for the Bill Moyers PBS documentary “America’s First River; the Hudson”. She has been a member of this ensemble since 2000 and always enjoys the camaraderie, patriotism, and the high level of musicianship.

Tina is the founding director of Dolce Flutes, an adult amateur flute ensemble that serves as part of the music program at the Presbyterian Church in Fredericksburg and performs at local assisted living homes and provides music for worship services. She plays regularly at the Celtic service at St. George Episcopal church in Fredericksburg.

Tina earned a Bachelor of Science in Music Education from Millersville University.

Tina was an alternate finalist for the YouTube Symphony competition, 2009, participated in the Cimarosa Flute Competition in Aversa, Italy, 2007, and was a winner of the National Flute Association‘s Convention Performers Competition, 2006.